Ceramic infills for the John Lewis façade in Leeds

Victoria Gate,in the East of Leeds city centre, forms a natural extension of Victoria Quarter and Leeds’s retail district. The scheme includes a new John Lewis department store, multi storey car parking and two arcades with a mix of shops, restaurants and leisure facilities.
The buildings appear as three distinct elements with individual identities that relate to each other and the vernacular of Leeds.
The new John Lewis store anchors the scheme: placed on the extension of the Headrow, the city’s main civic axis, the store forms a visible gateway into the city centre.
The materiality of the building draws on the history of terracotta façades in Leeds, often produced by the local Burmantoffs Terracotta works, providing a modern interpretation of a traditional material.

The façade order is also influenced by the textile history of Leeds as well as John Lewis, and is designed as a layered terracotta skin reminiscent of woven fabric. Bespoke ceramics infills coated with a metallic durable finish were developed for the project. The diagrid is the ordering element that repeats along the perimeter of the building; the resulting diamonds contain infill panels which respond to the internal layout of the store and the immediate context, providing transparency and ornamentation to the building.

ACME has developed custom made terracotta panels as a decorative element to the John Lewis facade project in Leeds.
Terracotta has a strong tradition in Leeds as a decorative material where the project seeks to reinterpret traditional motifs and materiality in a contemporary language. The decorative pattern is based on four types of repetitive hexagonal modular panels. Each hexagonal terracotta panel could be installed at 6 different angles, thereby creating the illusion of an ever-changing field without clear repetition.

Glazed terracotta has been used in architecture for millennia, but metallic glaze usually oxidises in external environment and exposed to the elements, quickly losing sheen and turning dark. Following extensive experiments and testing in collaboration with Teamwork Italy, ACME has developed a metallic coating finish based on Teamwork’s semi-noble vacuum metal deposition technology. The process is completely biocompatible and virtually emission free throughout the manufacturing process. 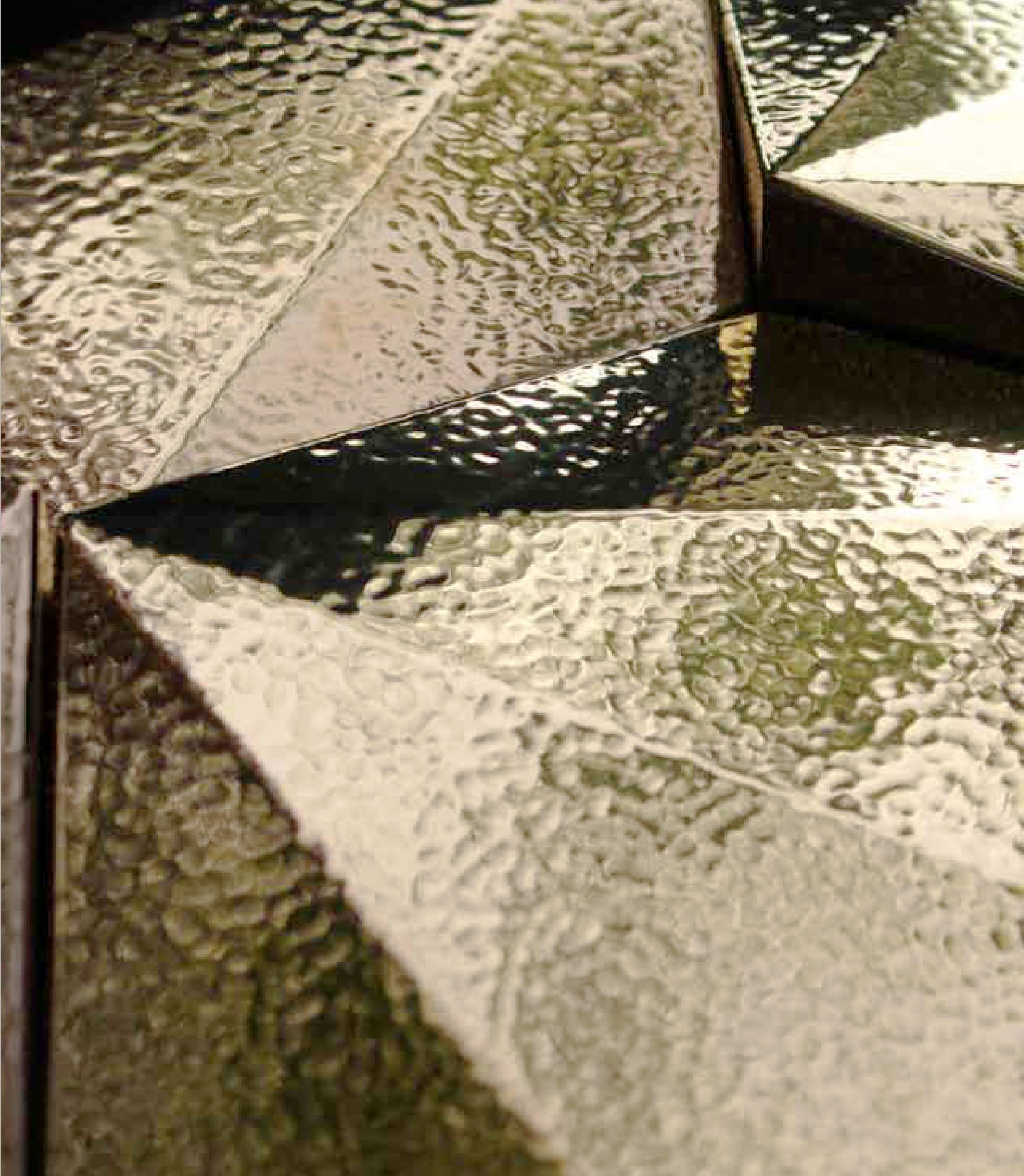 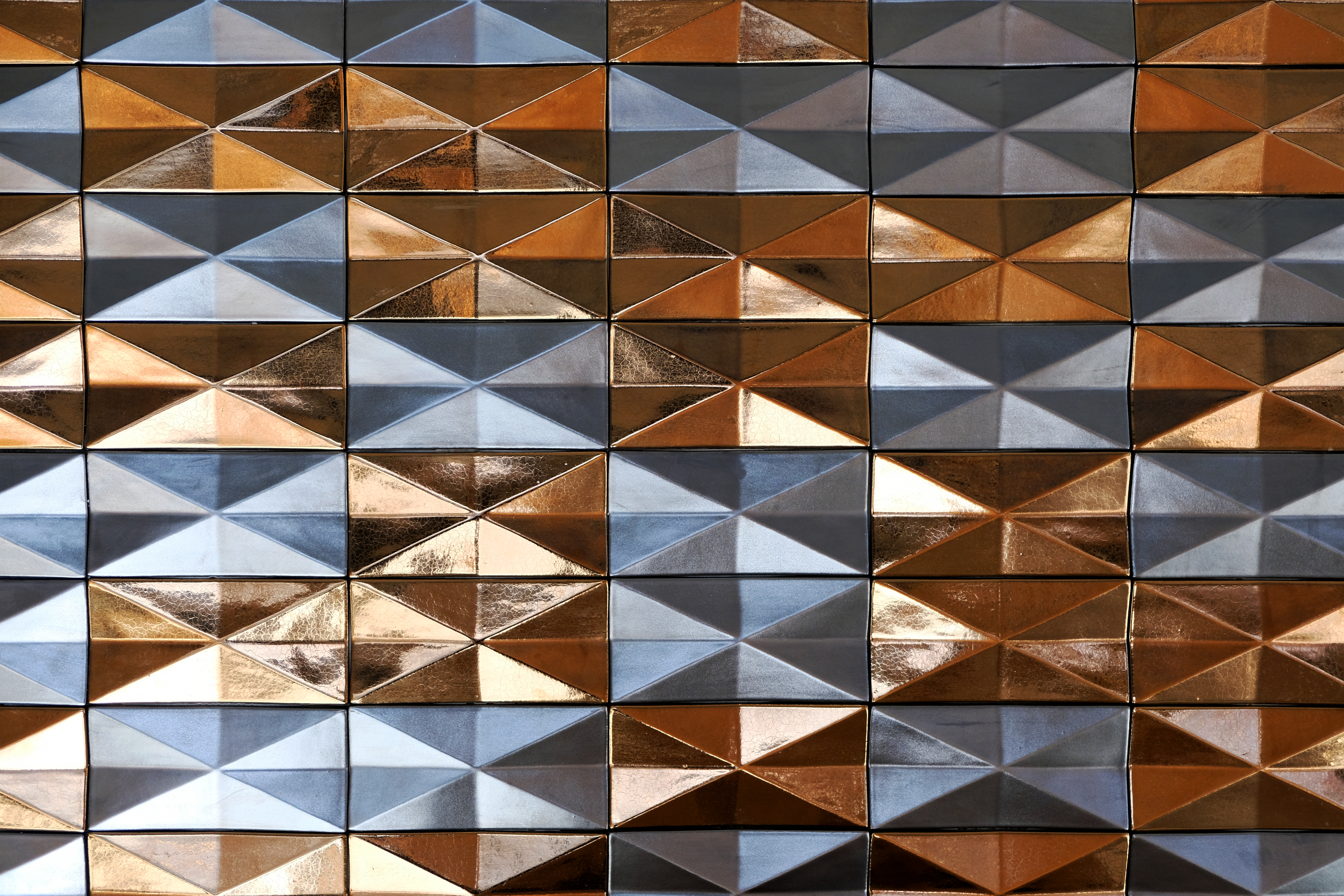 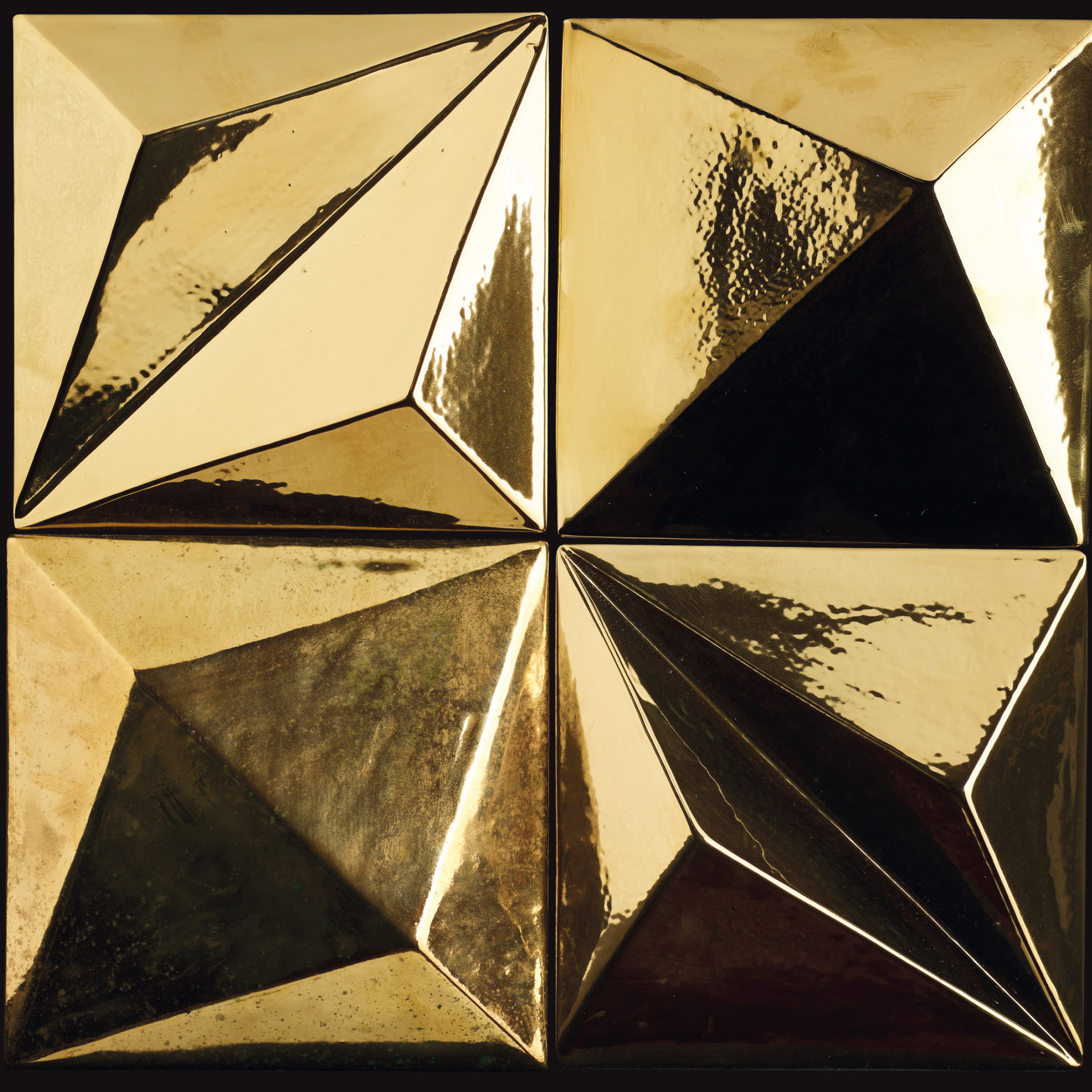 The design of the Victoria Gate pendants was developed by carefully combining a whimsical reference to the iconic Yorkshire Rose with the angular design language of the art deco arcade building.

Operating as furniture consultant and procurement agency for Fora Southwark required careful research for the best Italian brands and independent designers who could effectively translate Fora’s vision for a pro-working space into a colourful reality.