Matter of Stuff returns to Sketch with a new site specific exhibit "Light & Reflection", presenting a series of innovative works by designers exploring how light and reflection, inceptual with their object, affect our appreciation of the surrounding space.
‍
Works on show include a new chandelier by Bocci for Sketch, a light sculpture by Umut Yamac, an innovative table lamp and mirror by Simone Crestani.

‍Bocci has developed a bespoke chandelier in Bocci’s dynamic and seemingly elastic 87 series for Sketch.
The 87 light uses soda water to trap air in a super heated glass matrix, which is vertically stretched and folded back onto itself between pegs numerous times.
As the glass cools, the folding motion along the grain of the loop turns the entrapped air into microfilaments that give the piece a pearlescent optical quality. A low-voltage xenon or LED light source is introduced at one end  of the loop casting light through the microfilaments and registering a gentle gradient.

Master glassblower Simone Crestani presents a modern reinterpretation of an ancient craft through the Bollicine table lamp and Bubble mirror.
The elegant system of glass bubbles in both designs, push the possibilities of technique to the limit.
The pieces underline the power and fragility of glass while Crestani’s skill keeps every element in structural agreement.
The pieces display a subtle interplay of matter and light without attempting to separate space from time.

London based designer Umut Yamac’s Spun Halo examines the potential of thread, a normally invisible material, to create and define volumes of space in the air. Inspired by drawing as an act of creation, the work uses over 600 metres thread to construct a 3-dimensional drawn geometry exploring lightness and volume.
Spun Halo has been hand woven to create two intersecting volumes, each suspending a ring of light in mid-air.
The lightweight conical volumes are held in place by the metal rings in the centre and a counter-weight at the base.
The criss-crossing threads create what appears to be a new volume within the light, and the effect of their layering is a large-scale interference pattern, or moiré, which creates the illusion of movement as the viewer moves around the light 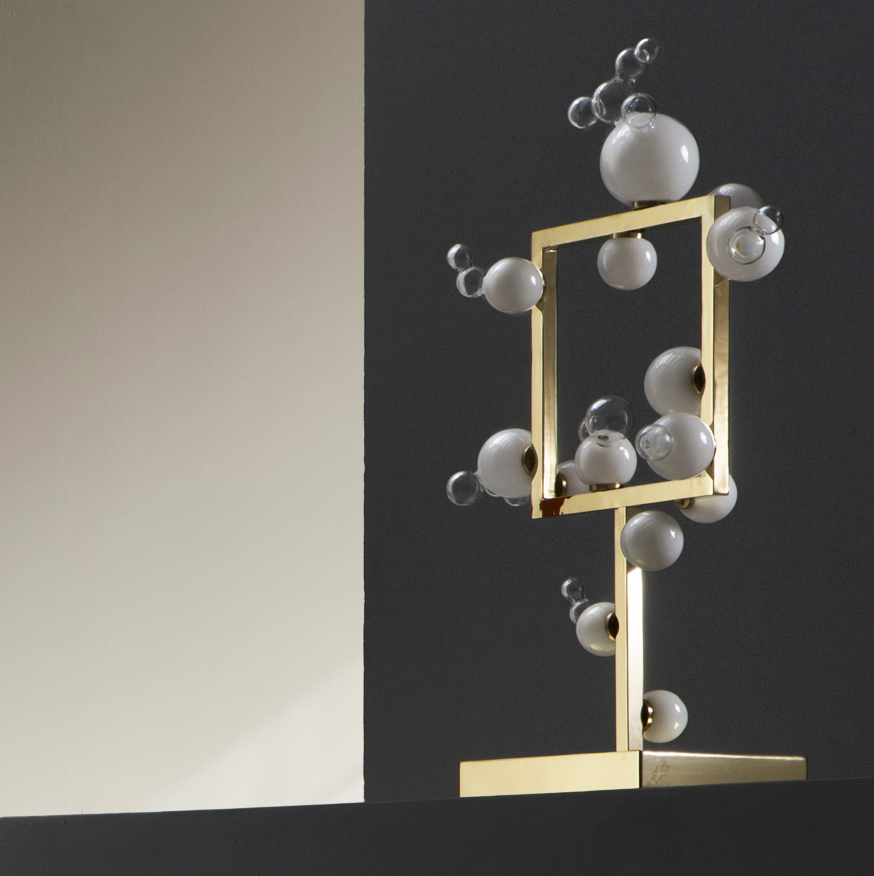 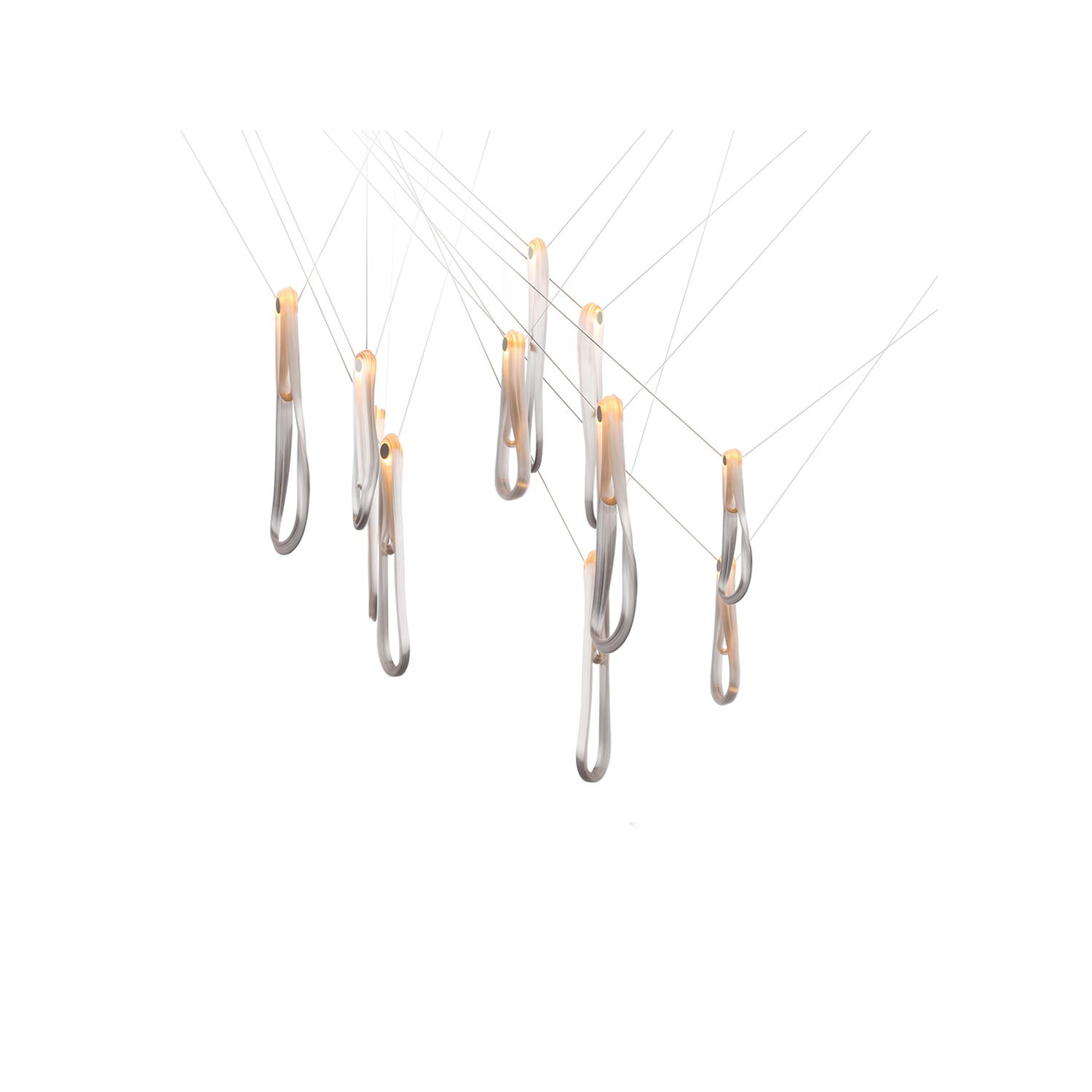 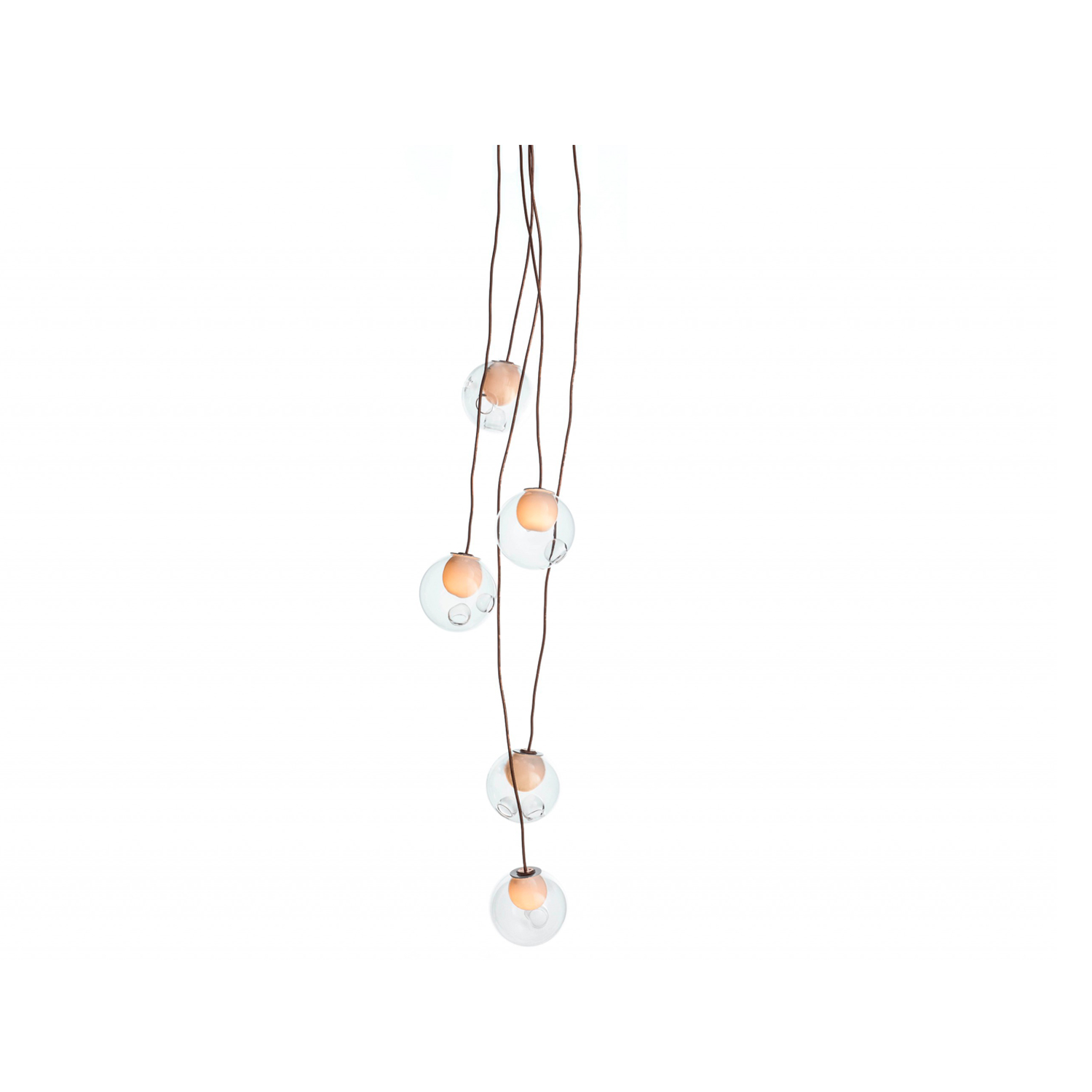